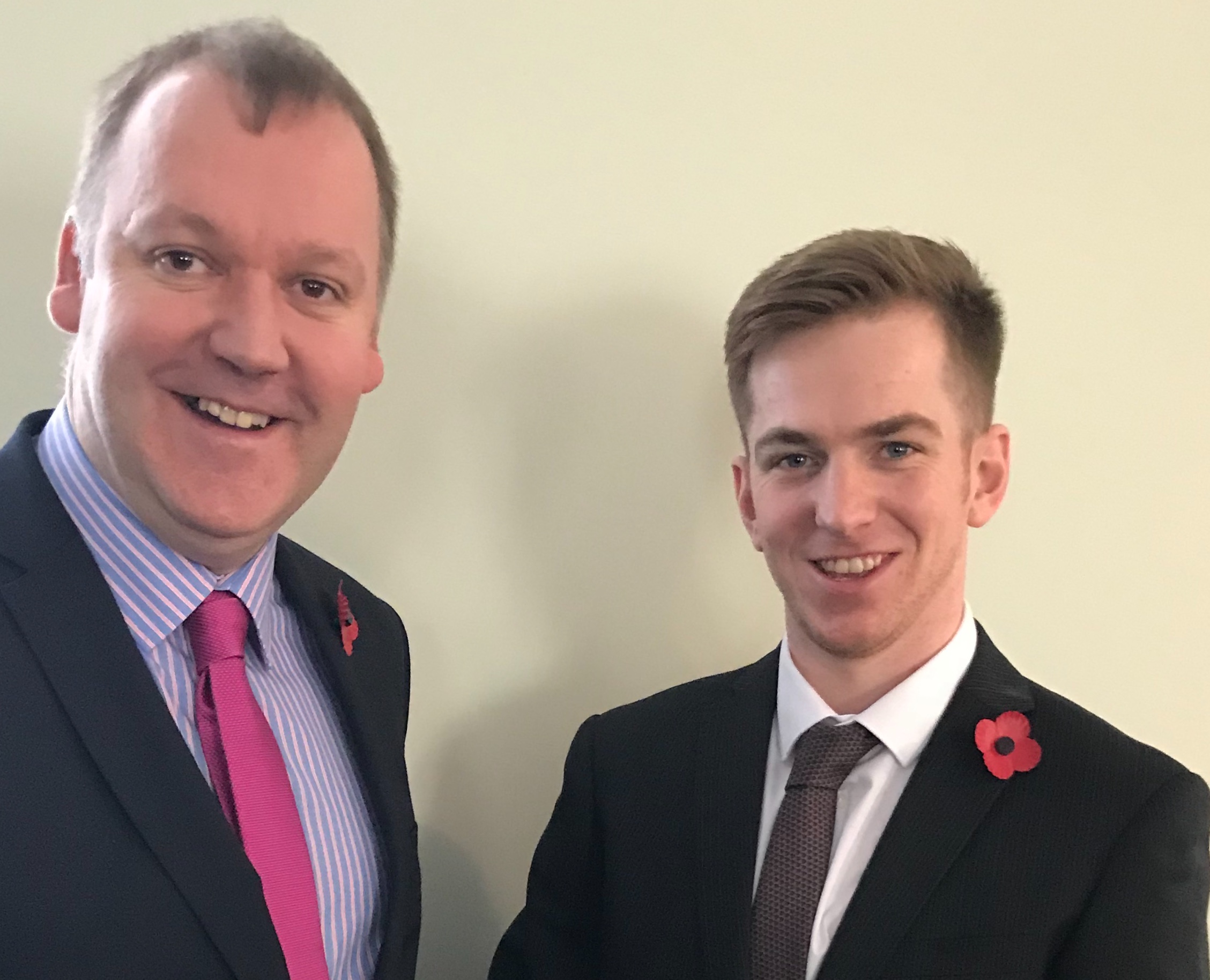 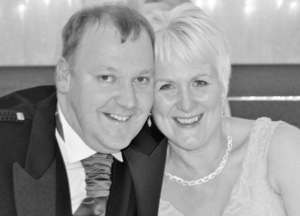 Rev Alasdair Macaulay
Alasdair is a Lewisman who worked for 2 years in the oil fabrication yard in Stornoway before joining the BBC where he was employed as a journalist for 16 years working in Inverness and Stornoway. He is married to Mairi and they have 4 of a family, Christina, Luke, Emma and Kate. Having felt called to the ministry, they moved to Edinburgh in 2009 where Alasdair studied for 3 years before becoming the minister of Tain & Fearn Free church in August 2012.
______________________________________ 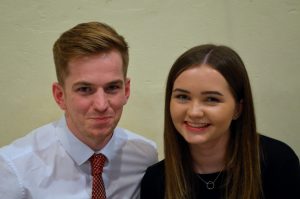 Andrew was born on the Isle of Lewis and is married to Eilidh.  He worked for Loganair at Stornoway airport for 2 years before the Lord led him to leave his employment and take up his studies again. He attained a BA from Highalnd Theological Studies (HTC), Between 2012-2015. He subsequently entered Edinburgh Theological Seminary (ETS) having been accepted to train as a minister of the Free Church of Scotland.  Andrew was inducted and ordained in November 2017 as Assistant Minister of Tain and Fearn. 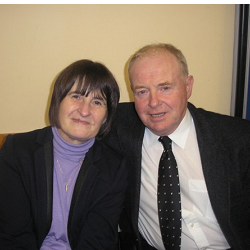 David has a joinery background and until recently worked as a site manager for a national construction company. He has been married to Linda for over forty years and they have two grown up daughters. They both attended the Church of Scotland in their youth. In 1985 they moved to Hilton and started to attend the Free Church congregation. David was elected an elder in 2001.
_________________________________________ 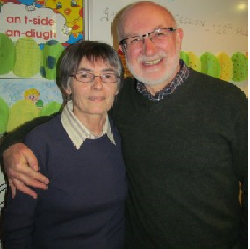 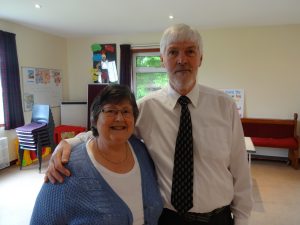 Tom is married to Catherine and has two married daughters and two grandsons. He is a retired teacher and engineer. He came to Easter Ross, from the Central Belt, at the end of 1984 to teach in Tain Royal Academy and latterly Dornoch Academy. He has been a member in Tain Free Church since the beginning of 1985 and became an elder that year. 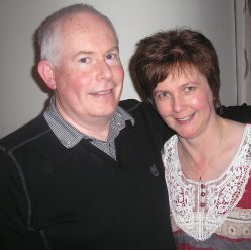 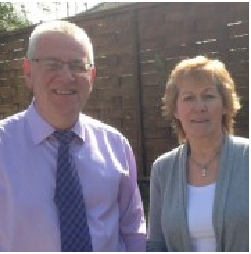 Duncan was brought up in Inverness and is married to Ina. They have a married daughter living in Glasgow. They also have two sons and a grandson. Duncan has been in business in Dornoch since 1991. He has been connected to the congregation since 2003 and was elected an elder in 2007. 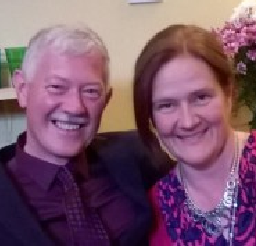 William was brought up in Hilton and worked as a salmon fisher. He trained for the ministry of the Free Church and was licensed to preach in 2010. He ministers to several small rural congregations. He is married to Mary and they have one daughter. He was elected an elder in 2014. 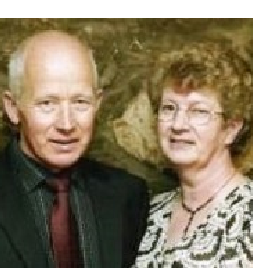 John is a retired social worker, born and brought up in the Seaboard Villages. He is married to Doreen and has four grown-up children and seven grandchildren. John was elected an elder in 2014. 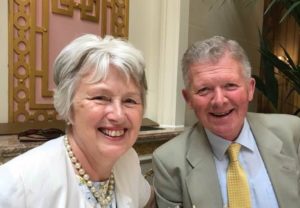 Hugh was born and brought up in Inverness and moved to Balintore permanently in 1970. He has been farming there for over 50 years. Hugh and Mary married in 1972 and have four sons and one daughter and now have fourteen grandchildren. He was previously an elder in the APC Tain & Fearn congregation. Hugh was inducted to the eldership of Tain and Fearn Free Church on 2nd February 2020. 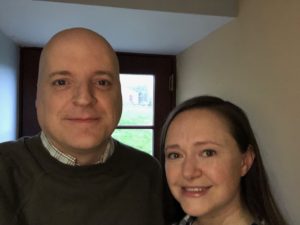 Willie was born and raised in the Easter Ross area and was part of the Associated Presbyterian Church in Hilton until it merged with the Free Church congregation in 2018. He is married to Kate, who hails from Louisville, Kentucky, and they have three energetic wee boys, Fraser, Aiden and Lachlan. He works at Christian Focus Publications as Director of Publishing, a role that requires regular trips abroad, one of those trips being the one where he and Kate first met, back in 2006. Willie was ordained and inducted to the eldership of Tain and Fearn Free Church on 2nd February 2020. 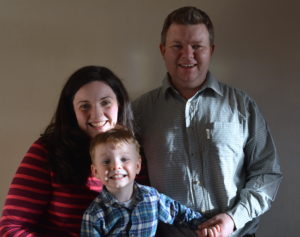 Roderick was brought up in the village of Hilton and lives there with his wife Emma and their son Kenny-Hugh. He manages the mixed family farm which grows crops and runs a flock of sheep. He is also a Crew Commander in the local fire station in Balintore.

Having previously been a member in the local APC congregation he became a member of Tain & Fearn Free Church in 2017. He attends the Hilton end of the congregation and is one of the precentors there. He helps with the Youth Fellowship and holds a young men’s Bible Study in his home. Roderick was ordained and inducted to the eldership of Tain and Fearn Free Church on 2nd February 2020 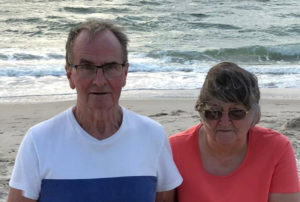 Hector was brought up in Evanton. He worked as a woodcutter and fencer since leaving school and has been self-employed since he was twenty one.  In 1972, he married Winnie and they have two sons, one daughter and five grandsons. He attended the Free Church in Evanton and was an elder there for about twenty five years. Hector joined the Tain and Fearn Free Church congregation two years ago and is now one of their Precentors. He was inducted to the eldership there on 2nd February 2020. 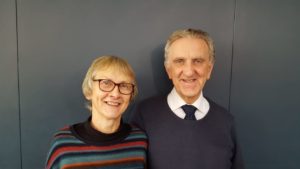 John is married to Fiona. They have three children and nine grandchildren. Educated in Aberdeen, John spent 43 years in the teaching profession and retired as Rector of Dornoch Academy in 2014. He was ordained as an elder in the Church of Scotland and served congregations in Balfron, Stirlingshire and Gairloch. Fiona and John have been members of the Free Church since 2000. John was inducted to the eldership of Tain and Fearn Free Church on 2nd February 2020.

Deacons are also elected by the members of the church and have responsibility for ensuring the best use of the material assets of the congregation to further the cause of Christ. 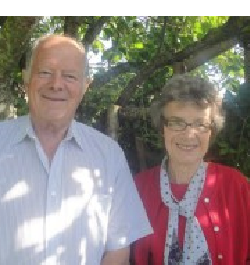 Uisdean (Hugh) was brought up in the Seaboard Villages. He is married to Dorothy and they have one son and two daughters as well as eight grandchildren and one great-grandchild. He has attended Fearn Free Church since childhood and is the Precentor. He was elected a Deacon in 2014 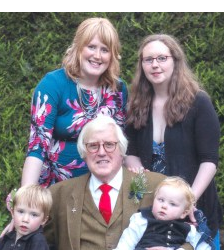 Ruairidh was born and brought up in Tain. He grew up on the farm at Heathmount where he currently farms suckler cows and breeding sheep. Ruairidh and his late mother both came into membership at the same time in May2001. He was made a deacon in 2014. Ruairidh is pictured left with his daughters Kirsty and Mairi and his grandsons, Kenny and Jack.